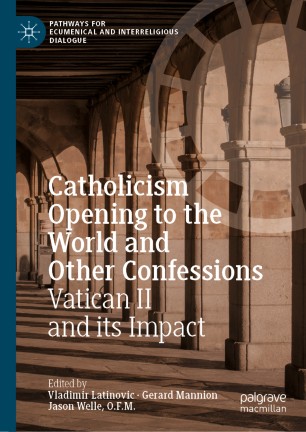 Catholicism Opening to the World and Other Confessions

Vatican II and its Impact

This volume explores how Catholicism began and continues to open its doors to the wider world and to other confessions in embracing ecumenism, thanks to the vision and legacy of the Second Vatican Council. It explores such themes as the twentieth century context preceding the council; parallels between Vatican II and previous councils; its distinctively pastoral character; the legacy of the council in relation to issues such as church-world dynamics, as well as to ethics, social justice, economic activity. Several chapters discuss the role of women in the church before, during, and since the council. Others discern inculturation in relation to Vatican II. The book also contains a wide and original range of ecumenical considerations of the council, including by and in relation to Free Church, Reformed, Orthodox, and Anglican perspectives. Finally, it considers the Council’s ongoing promise and remaining challenges with regard to ecumenical issues, including a groundbreaking essay on the future of ecumenical dialogue by Cardinal Walter Kasper.