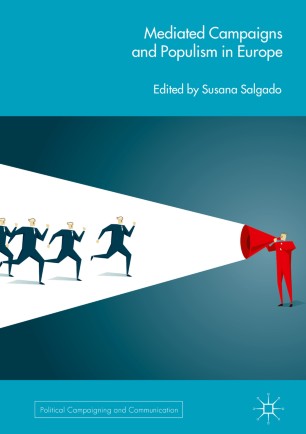 Mediated Campaigns and Populism in Europe

This book analyses the coverage of elections that occurred between September 2015 and February 2016 in six European countries (Greece, Portugal, Poland, Croatia, Spain and Ireland). The sample examined includes all news stories published during the official electoral campaign in different types of media outlets: three newspapers per country covering centre-left and centre-right wing political leaning, as well as reference and tabloid papers; three main television news broadcasts covering commercial/private and public broadcast television channels; and three papers that are published only online, taking into account their levels of audience and importance within each national media and political system. The book also examines different connections to the EU and to the Euro Crisis. Questions such as the following guide the overall analysis: In what ways is news election coverage similar and different in these countries? Which issues are mostly covered by the news media and how? Are there patterns of election news coverage in these six European countries? This book is indispensable reading for researchers and students in the field of the media coverage of election campaigns, political communication and populism.
Susana Salgado is FCT Research Fellow at the Institute of Social Sciences, University of Lisbon, Portugal, where she also teaches political communication and media studies research methods to postgraduate students.
Chapters 4 and 8 are available open access under a Creative Commons Attribution 4.0 International License via link.springer.com.

Susana Salgado is FCT Research Fellow at the Institute of Social Sciences, University of Lisbon, Portugal, where she also teaches political communication and media studies research methods to postgraduate students.