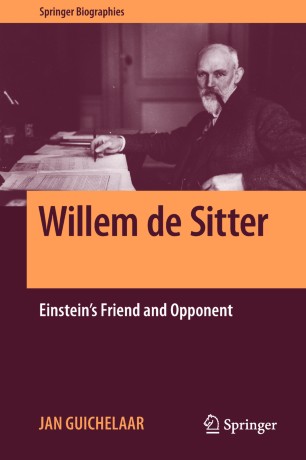 This is a thorough, very readable and excellently illustrated biography of Willem de Sitter (1872-1934), one of the most influential astronomers of his time, and also a co-author and correspondent of Einstein. Authored by a physicist and skilled writer, the book gives a beautiful and accessible description of the physics debated by Einstein and de Sitter, as well as the latter's alternative cosmological model, later known as the De Sitter Universe. But this is just part of a fascinating and varied life story involving numerous contributions to astronomy, as well as many places and personalities of early 20th century physics. The book will appeal to all those interested in astronomy and physics and their history.