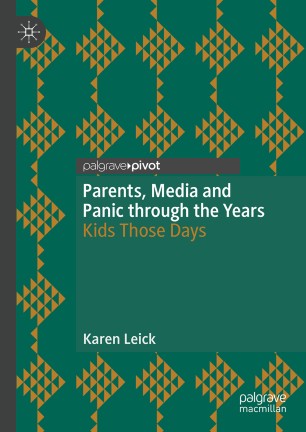 Parents, Media and Panic through the Years

This book analyses articles that appeared in popular periodicals from the 1920s to the present, each revealing the panic that parents and adults have expressed about media including radio, television, video games and the Internet for the last century. Karen Leick argues that parents have continuously shown an intense anxiety about new media, while expressing a romanticized nostalgia for their own youth. Recurring tropes describe concerns about each "addictive" new media: children do not play outside anymore, lack imagination, and may imitate violent or other inappropriate content that they encounter.