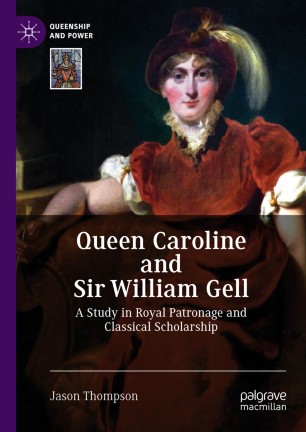 A Study in Royal Patronage and Classical Scholarship

This book explores the relationship between Queen Caroline, one of the most enigmatic characters in Regency England, and Sir William Gell, the leading classical scholar of his day. Despised and rejected by her husband, Caroline created a sphere and court of her own through patronage of scholarship.  The primary beneficiary was Gell, a pioneering scholar of the classical world who opened new dimensions in the study of ancient Troy, mainland Greece, and Ithaca.  Despite his achievements, Gell had scarce financial resources.  Support from Caroline enabled him to establish himself in Italy and conduct his seminal work about ancient Rome and, especially, Pompeii, until her sensational trial before the House of Lords and premature death. Concluding with the first scholarly transcription of the extraordinary series of letters that Caroline wrote to Gell, this volume illuminates how Caroline sought power through patronage, and how Gell shaped classical scholarship in nineteenth-century Britain.

Jason Thompson is a historian of the British Empire and the author of Sir Gardner Wilkinson and His Circle, A History of Egypt: From Earliest Times to the Present, and most recently, the three-volume Wonderful Things: A History of Egyptology.