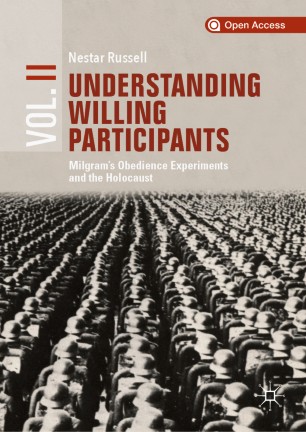 Horrified by the Holocaust, social psychologist Stanley Milgram wondered if he could recreate the Holocaust in the laboratory setting. Unabated for more than half a century, his (in)famous results have continued to intrigue scholars. Based on unpublished archival data from Milgram’s personal collection, volume one of this two-volume set introduces readers to a behind the scenes account showing how during Milgram’s unpublished pilot studies he step-by-step invented his official experimental procedure—how he gradually learnt to transform most ordinary people into willing inflictors of harm. The open access volume two then illustrates how certain innovators within the Nazi regime used the very same Milgram-like learning techniques that with increasing effectiveness gradually enabled them to also transform most ordinary people into increasingly capable executioners of other men, women, and children. Volume two effectively attempts to capture how step-by-step these Nazi innovators attempted to transform the Führer’s wish of a Jewish-free Europe into a frightening reality. By the books’ end the reader will gain an insight into how the seemingly undoable can become increasingly doable.

Nestar Russell, Ph.D., is Sessional Instructor and Independent Researcher at the University of Calgary, Canada.