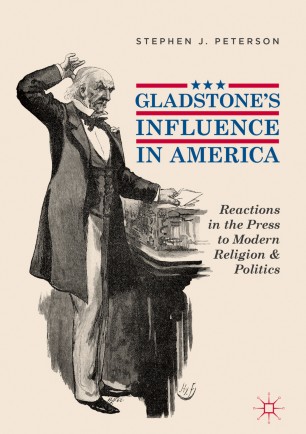 Reactions in the Press to Modern Religion and Politics

By the end of the nineteenth century, William Gladstone was arguably the most popular statesman in America since Lincoln. How did a British prime minister achieve such fame in an era of troubled Anglo-American relations? And what do press reactions to Gladstone’s policies and published writings reveal about American society? Tracing Gladstone’s growing fame in the United States, beginning with his first term as prime minister in 1868 until his death in 1898, this volume focuses on periodicals of the era to illuminate how Americans responded to modern influences in religion and politics. His forays into religious controversy highlight the extent to which faith influenced the American cult of Gladstone. Coverage of Gladstone’s involvement in issues such as church disestablishment, papal infallibility, Christian orthodoxy, atheism and agnosticism, faith and science, and liberal theology reveal deepening religious and cultural rifts in American society. Gladstone’s Influence in America offers the most comprehensive picture to date of the statesman’s reputation in the United States.

“This book offers a new and original contribution to the field, addressing areas which are at the center of much debate, including Anglo-American relations, the relationship between religion and politics, the culture of the Irish-American diaspora, free trade, and the circulation of ideas and elites across the Atlantic.” (Eugenio F. Biagini, Professor of Modern and Contemporary History, University of Cambridge, UK)

“This valuable study is rooted in the expansive quality of influence. Building on the work of David Bebbington, Peterson demonstrates how the self-fashioning of Gladstone always involved two roles, the politician and the cultural controversialist.  This book details for the first time how Gladstone’s political fame and lifelong engagement as a Christian apologist drew him into the American culture wars of the late nineteenth century, and how the American press fashioned for themselves a mythic version of what it meant to be a great international statesman.” (John Powell, Professor of History, Oklahoma Baptist University, USA)