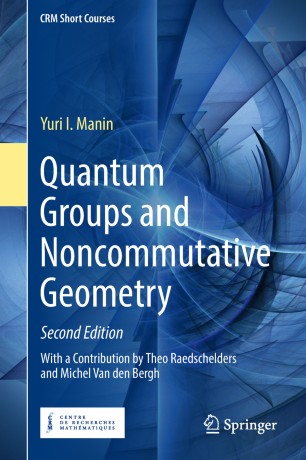 This textbook presents the second edition of Manin's celebrated 1988 Montreal lectures, which influenced a new generation of researchers in algebra to take up the study of Hopf algebras and quantum groups. In this expanded write-up of those lectures, Manin systematically develops an approach to quantum groups as symmetry objects in noncommutative geometry in contrast to the more deformation-oriented approach due to Faddeev, Drinfeld, and others.  This new edition contains an extra chapter by Theo Raedschelders and Michel Van den Bergh, surveying recent work that focuses on the representation theory of a number of bi- and Hopf algebras that were first introduced in Manin's lectures, and have since gained a lot of attention. Emphasis is placed on the Tannaka–Krein formalism, which further strengthens Manin's approach to symmetry and moduli-objects in noncommutative geometry.