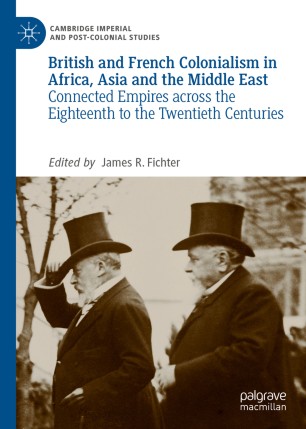 British and French Colonialism in Africa, Asia and the Middle East

Connected Empires across the Eighteenth to the Twentieth Centuries

This book examines the connections between the British Empire and French colonialism in war, peace and the various stages of competitive cooperation between, in which the two empires were often frères ennemis. It argues that in crucial ways the British and French colonial empires influenced each other. Chapters in the volume consider the two empires connections' in North, West and Central Africa, as well as their entanglement at sea in the Mediterranean Sea, Persian Gulf and South China Sea. Also analysed are their mutual engagement with Islam in both the Hajj and various religiously inflected colonial revolts, their mutually-informed systems of administration in the New Hebrides and generally, and the interconnected ways the two empires fought World War II and decolonization. By uniting historians of France and her colonies with historians of Britain and her colonies, this volume speaks to a broad international and imperial history audience.