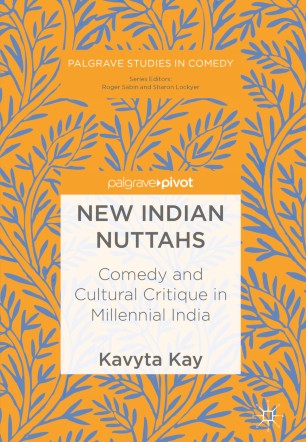 This book takes a journey into the new and exciting created by a the wave of Indian comedians today, described affectionately here as the New Indian Nuttahs, and looks at what these tell us about identity, “Indianness”, censorship, feminism, diaspora and millennial India. It provides a unique analysis into the growing phenomenon of internet comedy and into a dimension of Indian popular culture which has long been dominated by the traditional film and television industries. Through a mixture of close textual readings of online comedy videos and interviews with content creators and consumers in India, this book provides a fresh perspective on comedy studies in its approach to a global South context from a sociocultural perspective. As a protean form of new media, this has opened up new avenues of articulation, identification and disidentification and as such, this book makes a further contribution to South Asian, communication, media & cultural studies.

Kavyta Kay is a University of London Associate Fellow at the Institute of Commonwealth Studies, UK. Her research interests lie in intersectional ways of thinking through race, gender and sexuality from multiple platforms whether academic, popular culture or social.