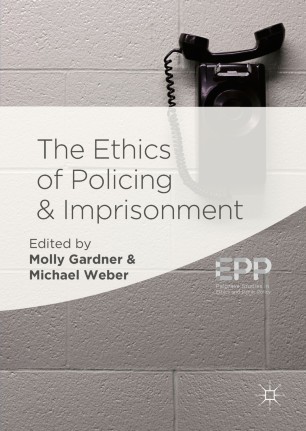 The Ethics of Policing and Imprisonment

This volume considers the ethics of policing and imprisonment, focusing particularly on mass incarceration and police shootings in the United States. The contributors consider the ways in which non-ideal features of the criminal justice system—features such as the prevalence of guns in America, political pressures, considerations of race and gender, and the lived experiences of people in jails and prisons—impinge upon conclusions drawn from more idealized models of punishment and law enforcement. There are a number of common themes running throughout the chapters. One is the contrast between idealism and realism about justice. Another is the attention to harmful consequences, not only of prisons themselves, but to the events that often precede incarceration, including encounters with police and pre-trial detention. A third theme is the legacy of racism in the United States and the role that the criminal justice system plays in perpetuating racial oppression.