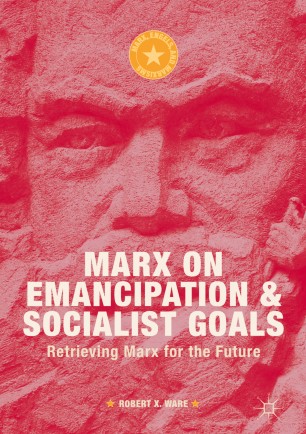 Marx on Emancipation and Socialist Goals

Retrieving Marx for the Future

This book responds to the need for a retrieval and renewal of the work of Karl Marx through close philosophical analysis of his publications, manuscripts, and letters — especially those relevant to politics, morality, and the future. This philosophical study stands out because of its two principal features. First, it reviews and develops ideas about the future, though often only briefly discussed by Marx and his commentators, drawn from Marx's work. Second, it focuses on collective matters that are critical for Marx's ideas but rarely investigated and still problematic.

Part One introduces Marx with a discussion of emancipation and freedom in community. It then discusses the importance of retrieval and the methodology for promoting it. Part Two is about misunderstandings of Marx's ideas about productive development, division of labour, and organisations. Part Three discusses nations, morality, and democracy, all of which Marx supported. Part Four takes up Marx's significant, but misunderstood, ideas about the future and his relation to the anarchists.

Robert X. Ware is a Canadian philosopher, retired from The University of Calgary, Canada, and residing in Ottawa. He did post-doctoral work in linguistics at MIT and has visited universities and institutes in Yugoslavia, Zimbabwe, Belgium, Italy, India, and China (1980s), where he has taught and lectured on many subjects including Marxism.

“The work becomes not only a contribution on the more obscure films of the director, but also an engaging discussion on militant filmmaking more generally. … This book will be most appreciated by a more specialized audience, particularly those already familiar with Godard who are interested not only in his radical and political practices, but also his work outside of the typical cannon, including unmade films, shorts, and television projects.” (Mackenzie Leadston, Studies in 20th & 21st Century Literature STTCL, Vol. 44 (1), October, 2020)