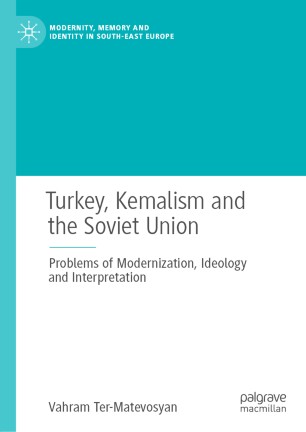 Turkey, Kemalism and the Soviet Union

Problems of Modernization, Ideology and Interpretation

Part of the Modernity, Memory and Identity in South-East Europe book series (MOMEIDSEE)

This book examines the Kemalist ideology of Turkey from two perspectives. It discusses major problems in the existing interpretations of the topic and how the incorporation of Soviet perspectives enriches the historiography and our understanding of that ideology. To address these questions, the book looks into the origins, evolution, and transformational phases of Kemalism between the 1920s and 1970s. The research also focuses on external interpretations by observing how republican Turkey and particularly its founding ideology were viewed and interpreted by Soviet observers. Paying more attention to the diplomatic, geopolitical, and economic complexities of Turkish-Soviet relations scholars have rarely problematized those perceptions of Turkish ideological transformations. Looking at various phases of Soviet attitudes towards Kemalism and its manifestations through the lenses of Communist leaders, party functionaries, diplomats and scholars, the book will illuminate the underlying dynamics of Soviet interpretations.