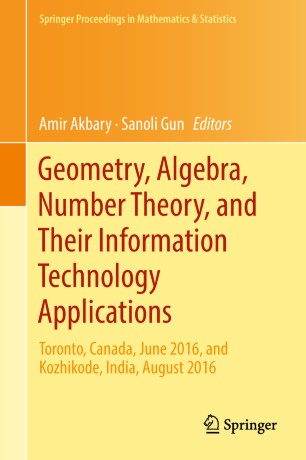 This volume contains proceedings of two conferences held in Toronto (Canada) and Kozhikode (India) in 2016 in honor of the 60th birthday of Professor Kumar Murty. The meetings were focused on several aspects of number theory:

Kumar Murty has been a substantial influence in these topics, and the two conferences were aimed at honoring his many contributions to number theory, arithmetic geometry, and information technology.