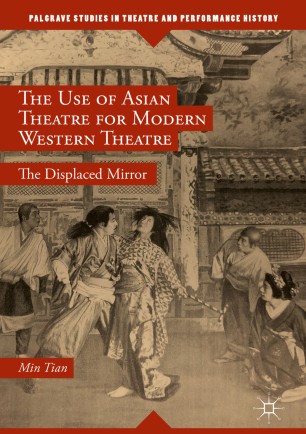 The Use of Asian Theatre for Modern Western Theatre

This book is a historical study of the use of Asian theatre for modern Western theatre as practiced by its founding fathers, including Aurélien Lugné-Poe, Adolphe Appia, Gordon Craig, W. B. Yeats, Jacques Copeau, Charles Dullin, Antonin Artaud, V. E. Meyerhold, Sergei Eisenstein, and Bertolt Brecht. It investigates the theories and practices of these leading figures in their transnational and cross-cultural relationship with Asian theatrical traditions and their interpretations and appropriations of the Asian traditions in their reactional struggles against the dominance of commercialism and naturalism. From the historical and aesthetic perspectives of traditional Asian theatres, it approaches this intercultural phenomenon as a (Euro)centred process of displacement of the aesthetically and culturally differentiated Asian theatrical traditions and of their historical differences and identities. Looking into the displaced and distorted mirror of Asian theatre, the founding fathers of modern Western theatre saw, in their imagination of the 'ghostly' Other, nothing but a (self-)reflection or, more precisely, a (self-)projection and emplacement, of their competing ideas and theories preconceived for the construction, and the future development, of modern Western theatre.

Min Tian holds his second PhD in Theatre History from the University of Illinois at Urbana-Champaign, USA, having secured his first PhD from the Central Academy of Drama in Beijing, China. He has taught as Associate Professor at the Central Academy of Drama and currently works at the University of Iowa, USA. He is the author of Mei Lanfang and the Twentieth-Century International Stage: Chinese Theatre Placed and Displaced (2012), The Poetics of Difference and Displacement: Twentieth-Century Chinese-Western Intercultural Theatre (2008), Shakespeare and Modern Drama: From Henrik Ibsen to Heiner Müller (2006), and editor of China’s Greatest Operatic Male Actor of Female Roles: Documenting the Life and Art of Mei Lanfang, 1894-1961 (2010).

“Min Tian offers a valuable contribution to theatre history with a book that addresses the influence of Asian performance on western theatrical traditions. … For researchers and practitioners of Asian performing arts and interculturalism in performance, this book provides eye-opening insights into the ‘founding fathers of modern Western theatre’ and will be valuable as a key source to reposition occidental  aesthetics to better reflect the role ‘oriental’ performance has had – albeit in name and inspiration only – on their evolution.” (Jon Reimer, Modern Drama, Vol. 62 (4), 2019)
Buy options