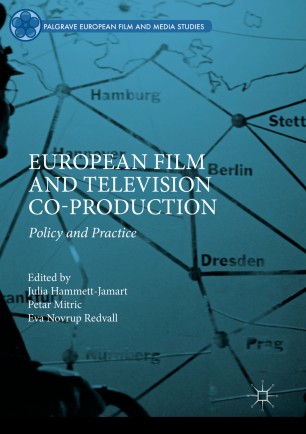 This volume offers an up-to-date analysis of film and television co-production in Europe. It brings together the voices of policy professionals, industry practitioners and media industry scholars to trace the contours of a complex practice that is of increasing significance in the global media landscape. Analysis of the latest production statistics sits alongside interviews with producers and the critical evaluation of public film policies.  The volume incorporates contributions from representatives of major public institutions—Eurimages, the European Audiovisual Observatory and the European Commission—and private production companies including the pan-European Zentropa Group. Policy issues are elucidated through case studies including the Oscar-winning feature film Ida, the BAFTA-winning I am not a Witch and the Danish television serial Ride Upon the Storm. Scholarly articles span co-development, co-distribution and regional cinemas as well as emerging policy challenges such as the digital single market. The combination of qualitative and quantitative approaches, and the juxtaposition of industry and scholarly voices, provides a unique perspective on European co-production that is information-rich, complex and stimulating, making this volume a valuable companion for students, scholars, and industry professionals.

Julia Hammett-Jamart PhD is a media industry consultant with over two decades of experience spanning production, policy and research. She has produced and directed programs for public broadcaster SBS Television, occupied senior policy positions within public funding agencies the Australian Film Commission and Screen Australia, and is co-founder of the international Co-production Research Network.
Petar Mitric is a PhD Fellow at the University of Copenhagen, Denmark. He has held residencies at the Danish Film Institute, Austrian Film Institute and Eurimages, and worked at several production companies in Belgrade and Vienna.
Eva Novrup Redvall PhD is Associate Professor in Film and Media Studies at the University of Copenhagen, Denmark, where she founded the research priority area on Creative Media Industries. Recent books include the monograph Writing and Producing Television in Drama: From The Kingdom to The Killing and the co-authored Transnational European Television Drama: Production, Genres and Audiences.