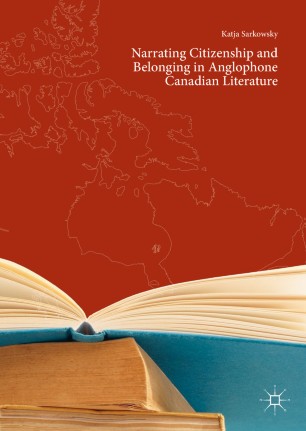 This book examines how concepts of citizenship have been negotiated in Anglophone Canadian literature since the 1970s. Katja Sarkowsky argues that literary texts conceptualize citizenship as political “co-actorship” and as cultural “co-authorship” (Boele van Hensbroek), using citizenship as a metaphor of ambivalent affiliations within and beyond Canada. In its exploration of urban, indigenous, environmental, and diasporic citizenship as well as of citizenship’s growing entanglement with questions of human rights, Canadian literature reflects and feeds into the term’s conceptual diversification. Exploring the works of Guillermo Verdecchia, Joy Kogawa, Jeannette Armstrong, Maria Campbell, Cheryl Foggo, Fred Wah, Michael Ondaatje, and Dionne Brand, this text investigates how citizenship functions to denote emplaced practices of participation in multiple collectives that are not restricted to the framework of the nation-state.

Katja Sarkowsky is Professor of American Studies at the Westfaelische Wilhelms-University at Muenster, Germany, and author of the monograph AlterNative Spaces: Constructions of Space in Native American and First Nations Literatures (2007). Recent publications include the edited volume “Cranes on the Rise”: Metaphors in Life Writing (2018).

“15 years ago, Irish rock band front-man superstar Bono announced, ‘The world needs more Canada!’ Many under-educated intellectuals may have wondered, ‘Why?’ Professor Katja Sarkowsky explicates the formidable, globalist rationales in her 7-novel study. Sarkowsky understands that Canada is the chief oddity, among the so-called Commonwealth nations, for it is a white-majority, Eurocentric, nation-state with a French-speaking (British) Queen as sovereign, a more-or-less Americanized 'pop' culture, Indigenous peoples—nations—who contest Federal power, and a national policy of Multiculturalism that obscures white supremacy as much as it recognizes so-called ethnics and racialized minorities. Sarkowsky's study leads us through decades of late political struggle in Canada that has witnessed a retrenchment of liberal ideals, despite countervailing tendencies in the next-door United States. Sarkowsky suggests that Canadian writers and intellectuals have evolved (or are evolving) a notion of ‘global citizenship’ that is a progressive answer to the dislocations and pressures of economic globalization and nationalist (proto-fascist) reaction.” (George Elliott Clarke, Professor of African-Canadian Literature, University of Toronto, Canada)
Buy options