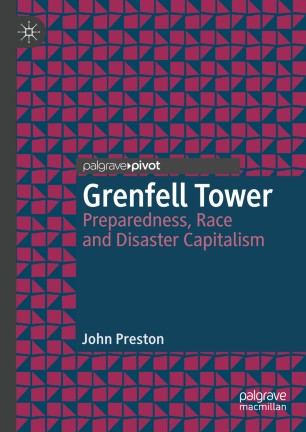 The Grenfell Tower fire of June 2017 is one of the most tragic political events in British history. This book argues that preparedness for disasters has always been designed in the interests of the State and Capital rather than citizens. This was exemplified by the ‘stay put’ strategy at Grenfell Tower which has historically been used to socially control racialised working class groups in a disaster. ‘Stay put’, where fire safety is compromised along with strategic ambiguity, probabilistically eliminates these groups. Grenfell Tower is a purposive part of ‘Disaster Capitalism’, an asocial racial and class eliminationism, where populations have become unvalorisable and disposable. We have reached a point where even the ruling class are fleeing from the disasters and chaos they have inflicted on the world, retreating to their billionaire bunkers. This timely book will be of interest to sociologists, social theorists and activists in understanding the racialised, classed and capitalist nature of contemporary disasters.