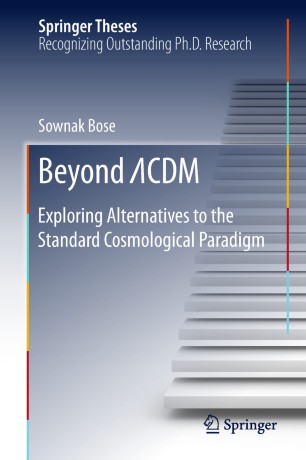 This book employs computer simulations of ‘artificial’ Universes to investigate the properties of two popular alternatives to the standard candidates for dark matter (DM) and dark energy (DE). It confronts the predictions of theoretical models with observations using a sophisticated semi-analytic model of galaxy formation. Understanding the nature of dark matter (DM) and dark energy (DE) are two of the most central problems in modern cosmology. While their important role in the evolution of the Universe has been well established—namely, that DM serves as the building blocks of galaxies, and that DE accelerates the expansion of the Universe—their true nature remains elusive. In the first half, the authors consider ‘sterile neutrino’ DM, motivated by recent claims that these particles may have finally been detected. Using sophisticated models of galaxy formation, the authors find that future observations of the high redshift Universe and faint dwarf galaxies in the Local Group can place strong constraints on the sterile neutrino scenario. In the second half, the authors propose and test novel numerical algorithms for simulating Universes with a ‘modified’ theory of gravity, as an alternative explanation to accelerated expansion. The authors’ techniques improve the efficiency of these simulations by more than a factor of 20 compared to previous methods, inviting the readers into a new era for precision cosmological tests of gravity.

Originally from Kolkata, India, the author completed his undergraduate Masters degree in Physics from the University of Oxford in 2013. Following this, he obtained a PhD in Astrophysics from Durham University, under the supervision of Prof. Carlos Frenk, Dr. Baojiu Li and Prof. Adrian Jenkins. Currently, he is a ITC Postdoctoral Fellow at the Harvard-Smithsonian Center for Astrophysics in Cambridge, MA (USA).