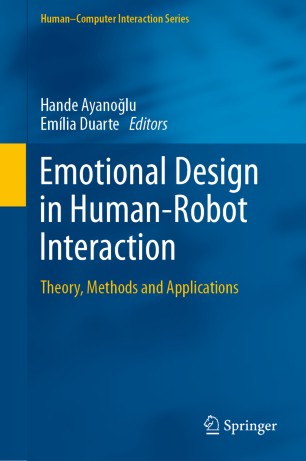 While social robots participation increases in everyday human life, their presence in diverse contexts and situations is expected. At the same point, users tend to become more demanding regarding their roles, abilities, behaviour and appearance. Thus, designers and developers are confronted with the need to design more sophisticated robots that can produce such a positive reaction from users so as to become well accepted in various cases of use. Like this, Human-Robot Interaction has become a developing area.

Emotions are an important part in human life, since they mediate the interaction with other humans, entities and/or products. In recent years, there has been an increase in the importance of emotions applied to the design field, giving rise to the so-called Emotional Design area. In the case of Human-Robot Interaction, the emotional design can help to elicit (e.g., pleasurable) or prevent (e.g., unpleasant) emotional/affective reactions/responses.

This book gives a practical introduction to emotional design in human-robot interaction and supports designers with knowledge and research tools to help them take design decisions based on a User-Centred Design approach. It should also be useful to people interested in design processes, even if not directly related to the design of social robots but, instead, to other technology-based artefacts. The text is meant as a reference source with practical guidelines and advice for design issues.