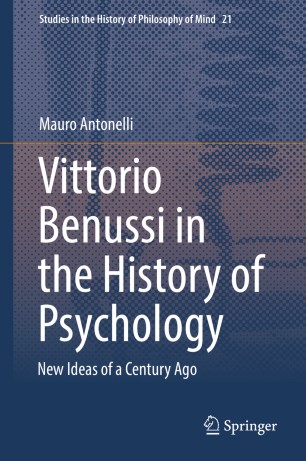 Vittorio Benussi in the History of Psychology

New Ideas of a Century Ago

Part of the Studies in the History of Philosophy of Mind book series (SHPM, volume 21)

This book covers the basic guidelines of Vittorio Benussi’s research during the period at Graz and at Padua. It does so in the light of a thorough study of his Nachlass. The book re-evaluates Benussi’s work as a historical piece, and shows how his work is still relevant today, especially in the areas of cognitive psychology and cognitive science. The volume deals with this original and ingenious - though largely ignored - scholar and discusses his work as a leading experimental psychologist. Benussi’s contributions as discussed in this book were particularly relevant in the fields of visual and tactile perception, time perception, forensic psychology, hypnosis and suggestion, unconscious, and emotions. His classical papers are impressive in their originality, energy, range of approaches, experimental skill, the wealth of findings, and the quality of theoretical discussions. This book demonstrates that Benussi was ahead of his time and that his themes, experiments and research programmes are highly relevant to contemporary cognitive psychology.