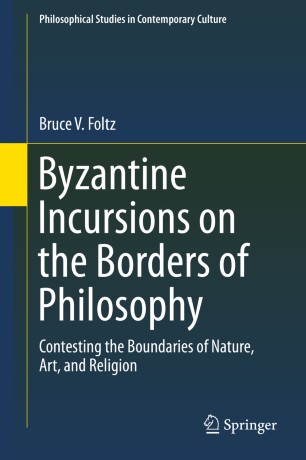 Byzantine Incursions on the Borders of Philosophy

Contesting the Boundaries of Nature, Art, and Religion

This book represents a series of incursions from the region of Byzantine thought into territory long claimed by Western philosophy and theology. But at the same time, it is a project of attempting, beginning with thoughts inevitably rooted in the West, to penetrate as deeply as possible into the Byzantine philosophical and spiritual landscape. These are incursions that move back and forth between the visible and the invisible. This book shows that the problem of the relation between transcendence and immanence has found its answer in the philosophical and theological legacy of Byzantine thought, which has always sought to bring together strands tenaciously held separate in the West. This book transports contemporary readers to an ancient conceptual landscape as it expertly handles the Byzantine ideas with a familiarity unavailable to most contemporary scholars. It is an essential read for any scholar interested in recapturing the heart of Byzantine thought and using the lessons therein to address the problems which plague Western philosophy and society.

Bruce V. Foltz received his Ph.D. in philosophy from the Pennsylvania State University. He is Professor Emeritus at Eckerd College in St. Petersburg, Florida, and he has served regularly as a Visiting Professor at St. John’s College Graduate Institute in Santa Fe, New Mexico.  Foltz has founded or co-founded three professional societies, including the International Association for Environmental Philosophy and the Society for Nature, Philosophy, and Religion. His writings have focused on Heidegger, Russian and Byzantine Philosophy, mysticism, and the philosophy of the natural environment, and his approach to philosophy draws on Ancient Greek, Byzantine, and Russian philosophy as well as contemporary European methodologies such as hermeneutics and phenomenology. His monographs include Inhabiting the Earth: Heidegger, Environmental Ethics, and the Metaphysics of Nature and The Noetics of Nature: Environmental Philosophy and the Holy Beauty of the Visible. He is also co-editor of two volumes: Rethinking Nature: Essays in Environmental Philosophy and Toward an Ecology of Transfiguration: Orthodox Christian Perspectives on Environment, Nature, and Creation.  His writings have been translated into Arabic, Greek, Portuguese, Romanian, and Russian.