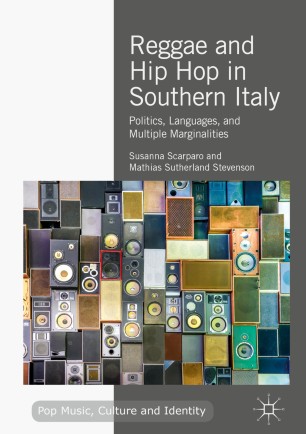 This book explores the significance of reggae and hip hop in Southern Italy from the beginning of the 1980s to the present. Focusing on groups and solo artists located predominantly in the Southern Italian regions of Apulia and Sardinia, it examines the production and distribution of their music, lyrics and video clips. To this end, Reggae and Hip Hop in Southern Italy emphasizes the linguistic aspects of cultural marginalization as well as marginalities linked to geographical location, gender, and to social and political identification. The authors put forward three key arguments, namely: that the Southern Italian transcultural and multilingual musical productions defy the cultural stereotype of the South; that the musicians discussed are creating new alliances and transcultural exchanges that engage critically with the challenges and opportunities offered by globalization; and that these musical productions represent one of Italy’s most significant forms of creative political expression since the 1970s.
Reggae and Hip Hop in Southern Italy brings to light the distinctive characteristics of Italy’s independent and marginal musical contexts of reggae and reggae-inflected hip hop. It will serve as an invaluable resource for academics and students of Italian cultural studies, global studies, and the politics of non-hegemonic cultural production. It also provides an engaging reference for those with an interest in southern Italy, Apulia, Sardinia, the southern question and independent and popular music more generally.