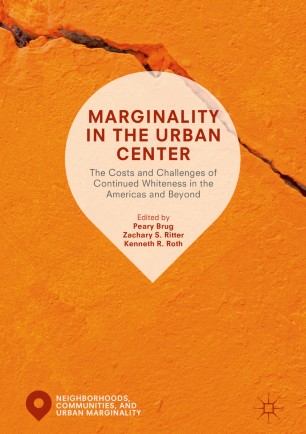 Marginality in the Urban Center

This book examines the increasing marginalization of and response by people living in urban areas throughout the Western Hemisphere, and both the local and global implications of continued colonial racial hierarchies and the often-dire consequences they have for people perceived as different. However, in the aftermath of recent U.S. elections, whiteness also seems to embody strictures on religion, ethnicity, country of origin, and almost any other personal characteristic deemed suspect at the moment. For that reason, gender, race, and even class, collectively, may not be sufficient units of analysis to study the marginalizing mechanisms of the urban center. The authors interrogate the social and institutional structures that facilitate the disenfranchisement or downward trajectory of groups, and their potential or subsequent lack of access to mainstream rewards. The book also seeks to highlight examples where marginalized groups have found ways to assert their equality. No recent texts have attempted to connect the mechanisms of marginality across geographical and political boundaries within the Western Hemisphere.