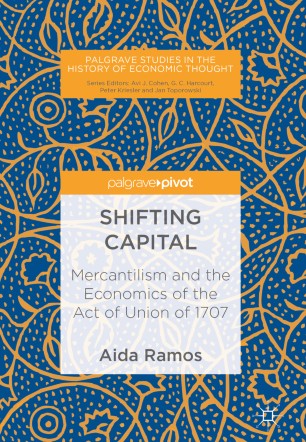 Mercantilism and the Economics of the Act of Union of 1707

When the Act of Union was passed in 1707, Scottish parliament was dissolved and the nation’s capital became London. While the general public balked at the perceived unfairness of the treaty, the majority of Scottish ministers seemed satisfied with its terms. This book offers an explanation of how that outcome came about. By examining the influence of a particular strain of mercantilist thought, Ramos demonstrates how the negotiations preceding the passage of the Act of Union were shaped by ideas of value, wealth, trade and power, and, accordingly, how the model of positive balance was used to justify the necessity of the Act.

Utilizing contemporary evidence from the English and Scottish ministers involved, this book explores alternative arguments regarding the Union, from before 1707 and in early Scottish political economy, thus highlighting the differing economic and political views that have persisted between England and Scotland for centuries. With twenty-first century discontent leading to the Scottish independence referendum and arguments that persist in the wake of the Brexit decision, Ramos produces timely research that investigates ideas of protectionism that feed into mercantilist economic thought.