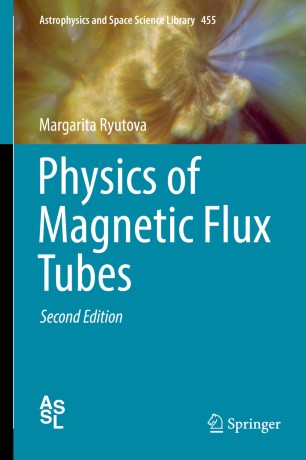 The book covers both theory and observations. Theoretical models presented in analytical and phenomenological forms that are tailored to practical applications. These are welded together with empirical data extending from the early pioneering observations to the most recent state-of-the-art data.

This new edition of the book is updated and contains a significant amount of new material throughout as well as four new chapters and 48 problems with solutions. Most problems make use of original papers containing fundamental results. This way, the original paper, often based on complex theory, turns into a convenient tool for practical use and quantitative analysis.

Margarita Ryutova (Kemoklidze) received her MSc and PhD from the famous Landau Theoretical Department, Kapitsa Institute for Physical Problems, Moscow and worked there until she married and moved to Budker Institute  of Nuclear Physics. Since 1994 she lives in the United States where she has been affiliated with Stanford Lockheed Institute for Space Research in Palo Alto and Lawrence Livermore National laboratory.

She has 30 years of experience in teaching undergraduate and graduate courses in Physics and Mathematics. This includes supervising graduate and PhD students. She has published over 100 research papers and reviews in various fields of theoretical and experimental physics such as Statistical Physics, Solar Physics, Laboratory and Plasma Astrophysics, Nonlinear Fluid Dynamics, Solitons, Shocks and Selforganization, Superfluidity and Superconductivity.

Along with research in physics, she works in and has published books and essays on the history of physics and mathematics.