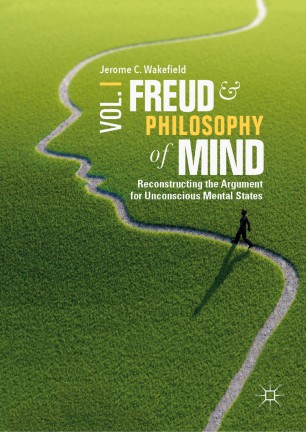 Freud and Philosophy of Mind, Volume 1

This book consists of a focused and systematic analysis of Freud’s implicit argument for unconscious mental states. The author employs the unique approach of applying contemporary philosophical methods, especially Kripke-Putnam essentialism, in analyzing Freud’s argument. The book elaborates how Freud transformed the intentionality theory of his Cartesian teacher Franz Brentano into what is essentially a sophisticated modern view of the mind. Indeed, Freud redirected Brentano's analysis of consciousness as intentionality into a view of consciousness-independent intentionalism about the mental that in effect set the agenda for latter-twentieth-century philosophy of mind.

Jerome C. Wakefield, PhD (Philosophy), DSW (Clinical Social Work), M.A. (Mathematics: Logic and Methodology of Science) is University Professor, Professor of Social Work, Professor of the Conceptual Foundations of Psychiatry, Associate Faculty in the Center for Bioethics and in the Center for Ancient Studies, and Honorary Faculty at the Institute for Psychoanalytic Education, at New York University. Previous faculty appointments were at University of Chicago, Columbia University, and Rutgers University. He is the author of over 250 publications appearing in journals and books in psychology, philosophy, psychiatry, psychoanalysis, and social work, addressing issues at the intersection of philosophy and the mental health professions. He is Co-author of The Loss of Sadness: How Psychiatry Transformed Normal Sorrow into Depressive Disorder(2007, Oxford), named best psychology book of 2007 by the Association of Professional and Scholarly Publishers,and All We Have to Fear: How Psychiatry Transforms Natural Fear into Mental Disorder(2012, Oxford), as well as Co-editor of Sadness or Depression?: International Perspectives on the Depression Epidemic and its Meaning(Springer, 2016). In addition to Volume 2 of the Freud and Philosophy of Mind series, he is currently working on a book reexamining Freud’s case of Little Hans from philosophy-of-science and Foucaultian perspectives, to be published by Routledge.