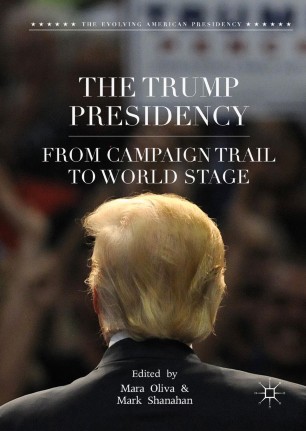 From Campaign Trail to World Stage

This edited collection delves into the key aspects of the Trump campaign promises around immigration, trade, social and foreign policy, and unpicks how the first year of the presidency has played out in delivering them. It charts his first year from both historical and contemporary political standpoints, and in the context of comparative pieces stacking Trump’s performance against Gold-standard presidents such as Reagan, Kennedy and the last ‘outsider’, Eisenhower. Focusing in on a number of key elements of the presidency in depth, it offers a unique perspective on a presidency like no other, drawing on the overriding themes of populism, nativist nationalism and the battle for disengagement from the neoliberal power generation.