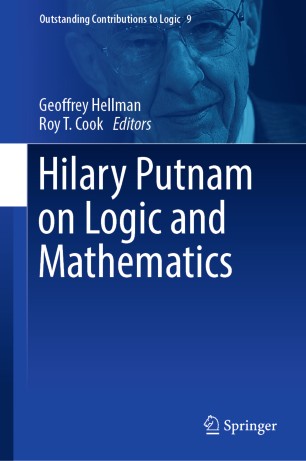 Hilary Putnam on Logic and Mathematics

This book explores the research of Professor Hilary Putnam, a Harvard professor as well as a leading philosopher, mathematician and computer scientist. It features the work of distinguished scholars in the field as well as a selection of young academics who have studied topics closely connected to Putnam’s work.

It includes 12 papers that analyze, develop, and constructively criticize this notable professor's research in mathematical logic, the philosophy of logic and the philosophy of mathematics. In addition, it features a short essay presenting reminiscences and anecdotes about Putnam from his friends and colleagues, and also includes an extensive bibliography of his work in mathematics and logic.

The book offers readers a comprehensive review of outstanding contributions in logic and mathematics as well as an engaging dialogue between prominent scholars and researchers. It provides those interested in mathematical logic, the philosophy of logic, and the philosophy of mathematics unique insights into the work of Hilary Putnam.

Roy T. Cook is Professor of Philosophy at the University of Minnesota – Twin Cities, and Resident Fellow of the Minnesota Center for Philosophy of Science. He is the author of The Yablo Paradox: An Essay on Circularity (Oxford 2014), Key Concepts in Philosophy: Paradoxes (Polity 2013), and The Dictionary of Philosophical Logic (Edinburgh UP: 2009), and is the editor or co-editor of The Routledge Companion to Comics and Graphic Novels (with Aaron Meskin and Frank Bramlett, Routledge: forthcoming), The Art of Comics: A Philosophical Approach (with Aaron Meskin, Blackwell: 2012), and The Arché Papers on the Mathematics of Abstraction (Springer: 2007). He has published extensively on topics, including the philosophy of logic, the philosophy of mathematics and the aesthetics of popular art.