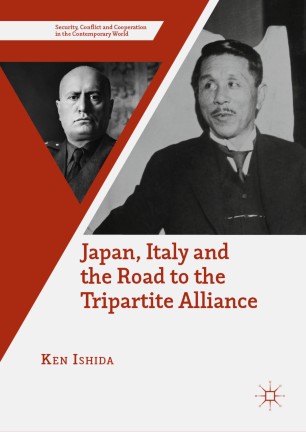 Japan, Italy and the Road to the Tripartite Alliance

This book employs a comparative approach to explore the decision-making processes behind the Japanese and Italian foreign policies concerned with East Asia, Africa, Europe and the Mediterranean. It explores these policies in relation to the Axis powers and Britain in the 1930s. Both Japan and Italy shared significant similarities in their decision-making processes, which help to illustrate the workings of ultra-nationalist and fascist foreign policy. The work examines the mechanism of decision-making in the foreign ministries, rather than the personalities of leaders, in order to understand why and how both countries finally chose unexpected partners.  The Tripartite Alliance has often been perceived through the diplomatic motives and arbitrary manners of dictatorial leadership in Nazi Germany, Fascist Italy and ultra-nationalist Japan individually. This book compares the foreign policies of Italy and Japan and looks outwards to their diplomatic relations with Britain, a key imperial factor in their expansions into East Asia and Africa, contrasting these Axis powers with Germany, usually thought to typify fascist diplomacy.

Ken Ishida is a Professor in the Faculty of Law, Politics and Economics at Chiba University, Japan.