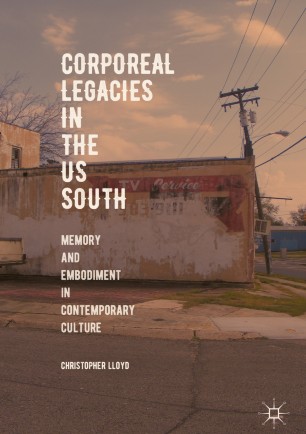 Corporeal Legacies in the US South

Memory and Embodiment in Contemporary Culture

This book examines the ways in which the histories of racial violence, from slavery onwards, are manifest in representations of the body in twenty-first-century culture set in the US South. Christopher Lloyd focuses on corporeality in literature and film to detail the workings of cultural memory in the present. Drawing on the fields of Southern Studies, Memory Studies and Black Studies, the book also engages psychoanalysis, Animal Studies and posthumanism to revitalize questions of the racialized body. Lloyd traces corporeal legacies in the US South through novels by Jesmyn Ward, Kathryn Stockett and others, alongside film and television such as Beasts of the Southern Wild and The Walking Dead. In all, the book explores the ways in which bodies in contemporary southern culture bear the traces of racial regulation and injury.