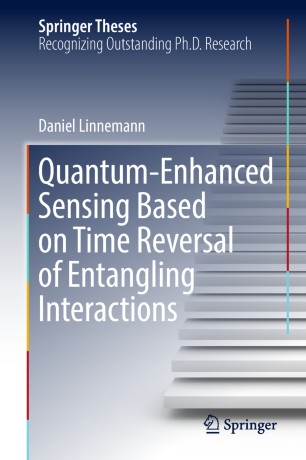 Quantum‐Enhanced Sensing Based on Time Reversal of Entangling Interactions

Quantum mechanics entails effects like superpositions and entanglement, which have no classical counterparts. From a technological standpoint these counterintuitive quantum aspects can be viewed as an unexploited resource that can be harnessed to support various tasks, e.g. in the domains of computation, communication, and metrology. In many applications, however, the potential of nonclassical states cannot practically be exploited due to detection inefficiencies. The authors address this limitation by experimentally realizing a novel detection scheme in which entangling interactions are time reversed. In this way, nonclassical many-particle states are disentangled, allowing them to be detected in a robust and technically feasible manner. In the context of quantum metrology, these nonlinear readout techniques extend the class of entangled probe states that can be leveraged for sensing applications without being limited by finite detector resolution.