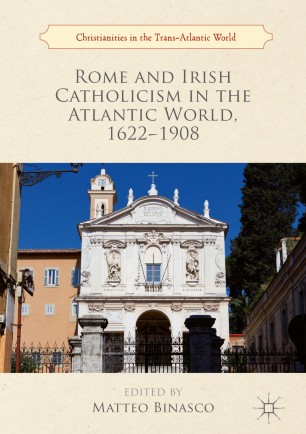 This book builds upon research on the role of Catholicism in creating and strengthening a global Irish identity, complementing existing scholarship by adding a ‘Roman perspective’. It assesses the direct agency of the Holy See, its role in the Irish collective imagination, and the extent and limitations of Irish influence over the Holy See’s policies and decisions. Revealing the centrality of the Holy See in the development of a series of missionary connections across the Atlantic world and Rome, the chapters in this collection consider the formation, causes and consequences of these networks both in Ireland and abroad. The book offers a long durée perspective, covering both the early modern and modern periods, to show how Irish Catholicism expanded across continental Europe and over the Atlantic across three centuries. It also offers new insights into the history of Irish migration, exploring the position of the Irish Catholic clergy in Atlantic communities of Irish migrants.