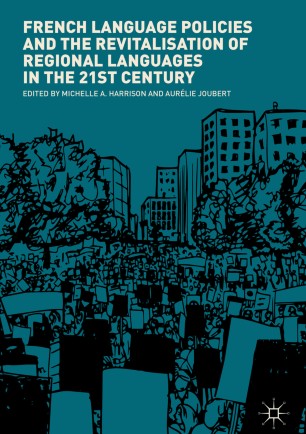 This edited volume presents an analysis of the evolution of French language policies and their impact on French regional languages and their communities. It gathers studies on language revitalisation from several territorial minority languages (Breton, Alsatian, Catalan, Occitan, Basque, Corsican, Francoprovençal, Picard, Reunionese) and evaluates the challenges and opportunities that they face in the 21st century. The chapters tackle different aspects of language endangerment and language planning and adopt varied theoretical and methodological approaches. The first section of the book reconsiders the difficulties in establishing linguistic boundaries and classification for some regional languages. The second section examines the important theme of the new generation of speakers with issues of transmission and identity formation and the changes they can bring to traditional communities. The third section highlights new developments in the context of new technologies and the heightened visibility of regional languages. Finally, the last section presents an overview of the contemporary situation of minority language revitalisation in France and synthesises the key trends identified in this volume: from the educational domain to the European Charter for Minority and Regional languages. This book will appeal to students and scholars of the sociology of language, sociolinguistics, language policy, minority languages and language endangerment.
Michelle A. Harrison is Teaching Fellow in French Studies  at the University of Leicester, UK. She has published on regional language-in-education policy and the evolution of language beliefs in Alsace.
Aurélie Joubert is Lecturer in French Studies at Queen’s University Belfast, UK. She has published on language endangerment and transnational speakers’ attitudes in particular with respect to Occitan and Catalan.