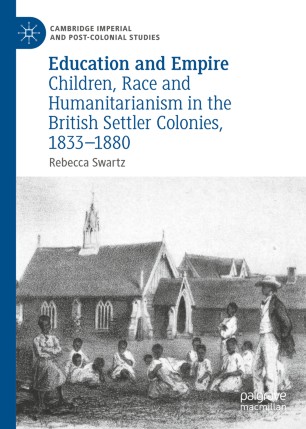 Children, Race and Humanitarianism in the British Settler Colonies, 1833–1880

This book tracks the changes in government involvement in Indigneous children’s education over the nineteenth century, drawing on case studies from the Caribbean, Australia and South Africa. Schools were pivotal in the production and reproduction of racial difference in the colonies of settlement.  Between 1833 and 1880, there were remarkable changes in thinking about education in Britain and the Empire with it increasingly seen as a government responsibility. At the same time, children’s needs came to be seen as different to those of their parents, and childhood was approached as a time to make interventions into Indigenous people’s lives. This period also saw shifts in thinking about race. Members of the public, researchers, missionaries and governments discussed the function of education, considering whether it could be used to further humanitarian or settler colonial aims. Underlying these questions were anxieties regarding the status of Indigenous people in newly colonised territories: the successful education of their children could show their potential for equality.

Rebecca Swartz is a Postdoctoral Research Fellow in History at the University of Stellenbosch, South Africa. She is an African Humanities Program research fellow, and held the Commonwealth Scholarship for her doctoral studies in the United Kingdom. She has published in the Journal of Imperial and Commonwealth History, Journal of Colonialism and Colonial History, and is co-editor, with Peter Kallaway, of Empire and Education in Africa: The Shaping of a Comparative Perspective (2016).

“Swartz’s monograph is a well written and important study in the examination of education as a tool of humanitarians to shape children in the colonies, and the ways in which the colonial contexts warped this tool to reflect their own expectations of indigenous children as labourers serving the settler colonists, thereby contributing to discourses of essentialist ‘racial’ differences in various colonial contexts.” (Felicity Jensz, History of Education, February 3, 2020)