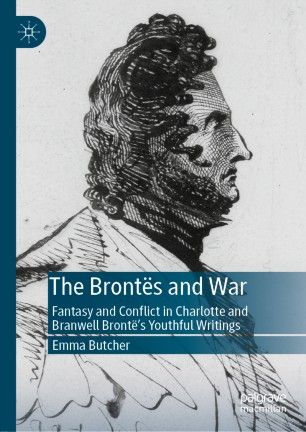 The Brontës and War

Fantasy and Conflict in Charlotte and Branwell Brontë’s Youthful Writings

The Brontës and War explores the representations of militarisim and masculinity in Charlotte and Branwell Brontë’s youthful writings. It offers insight into how the siblings understood and reimagined conflict (both local and overseas) and its emotional legacies whilst growing up in early-nineteenth-century Britain. Their writings shed new light on a period little discussed by social and military historians, providing not only a new approach to Brontë Studies, but also acting as a familial case study for how the media captivated and enticed the public imagination.

Emma Butcher is a Leverhulme Early Career Fellow in English Literature at the University of Leicester, UK. Her research focuses on childhood, literature and war in the nineteenth century. In 2017, Emma was named as one of the BBC/AHRC’s New Generation Thinkers and she is a regular contributor to BBC radio, as well as various public history platforms. She has worked closely with the Brontë Parsonage for a number of years, co-curating their 2015 exhibition, ‘The Brontës and War’. This is her first book.