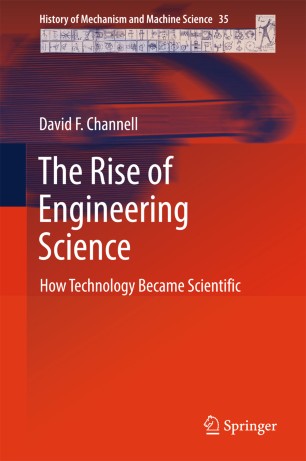 The Rise of Engineering Science

Part of the History of Mechanism and Machine Science book series (HMMS, volume 35)

The 18th and 19th centuries saw the emergence of new intermediary types of knowledge in areas such as applied mechanics, fluid mechanics and thermodynamics, which came to be labeled as engineering science,  transforming technology into the scientific discipline that we know today.  This book analyzes how the Scientific Revolution of the 16th and 17th centuries and the Industrial Revolution of the 18th and 19th centuries provided the intellectual, social, economic and institutional foundations for the emergence of engineering science.  The book then traces the rise of engineering science from the 18th century through the 19th century and concludes by showing how it led to new technological developments in such areas as steel production, the invention of internal combustion engines, the creation of automobiles and airplanes, and the formulation of Mass Production and Scientific Management all of which brought about major transformations in the materials, power sources, transportation and production techniques that have come to shape our modern world.