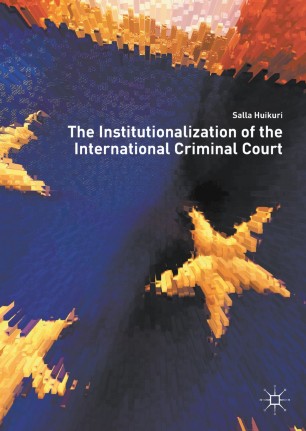 The Institutionalization of the International Criminal Court

This book explores the institution of the International Criminal Court (ICC) as a policy instrument. It argues that after the Cold War the European Union started challenging the unilateral policies of the United States by promoting new norms and institutions, such as the ICC. This development flies in the face of traditional explanations for cooperation, which would theorize institutionalization as the result of hegemonic preponderance, rational calculations or common identities. The book explains the dynamics behind the emergence of the ICC with a novel theoretical concept of normative binding. Normative binding is a strategy that provides middle powers with the means to tie down the unilateral policies of powerful actors that prefer not to cooperate. The idea is to promote new multilateral norms and deposit them in institutions, which have the potential to become binding even on unilateralist actors, if the majority of states adhere to them.
Salla Huikuri is Researcher at the Department of Political and Economic Studies, University of Helsinki, Finland. She was previously based at the Woodrow Wilson School of Public and International Affairs, Princeton University, USA, and at the Waseda University School of Law in Tokyo, Japan. Her research interests include global governance, legitimacy, EU and US foreign policies, qualitative methods, and international relations theories.