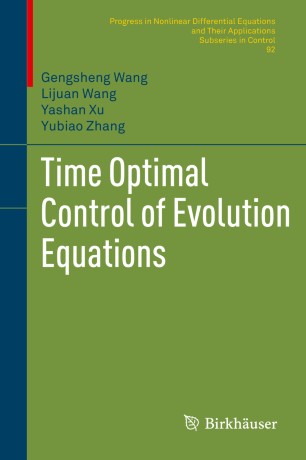 Part of the Progress in Nonlinear Differential Equations and Their Applications book series (PNLDE, volume 92)

“The book under review is a welcome addition to the increasing number of monographs in the theory of linear-controlled dynamical systems in Hilbert spaces and provides an inspired presentation of the tools of optimal control theory in solving time-optimal problems. … this book contains many ideas, methods and recent advances in the field, is quite well-written and well-organized and suits best to researchers and graduate-level treatment.” (Shokhrukh Kholmatov, zbMATH 1406.49002, 2019)
Buy options