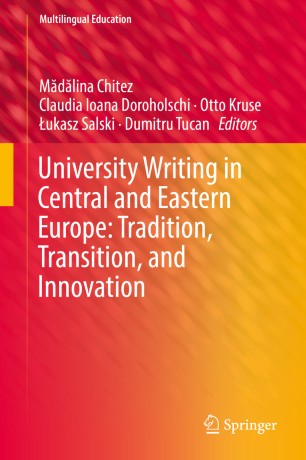 This book explores specific issues related to academic writing provision in the post-communist countries in Eastern, Central and Southern Europe. Although they have different cultures and writing traditions, these countries share common features in what regards the development of higher education and research and encounter challenges different from Western European countries.

Since academic writing as a discipline is relatively new in Eastern Europe, but currently plays an essential part in the development of higher education and the process of European integration, the volume aims to open discussion on academic writing in the region by addressing several issues such as the specific challenges in providing academic writing support at tertiary level in post-communist countries, the limitations and possibilities in implementing Western models of academic writing provision, or the complex interactions between writing in national languages and writing in a second language.

Additionally, the book presents several recent initiatives and possible models for providing academic writing support in universities in the area.  The important role of academic writing in English, a common feature in post-communist countries, is reflected in the sections which focus on writing in English as a foreign language, as well as on the impact of English upon national languages.