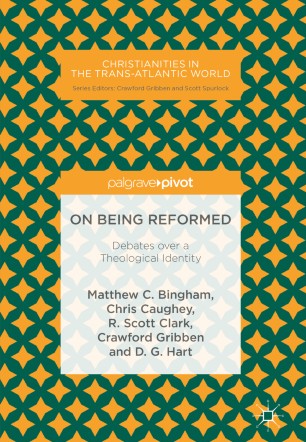 Debates over a Theological Identity

This book provides a focus for future discussion in one of the most important debates within historical theology within the protestant tradition - the debate about the definition of a category of analysis that operates over five centuries of religious faith and practice and in a globalising religion. In March 2009, TIME magazine listed ‘the new Calvinism’ as being among the ‘ten ideas shaping the world.’ In response to this revitalisation of reformation thought, R. Scott Clark and D. G. Hart have proposed a definition of ‘Reformed’ that excludes many of the theologians who have done most to promote this driver of global religious change. In this book, the Clark-Hart proposal becomes the focus of a debate. Matthew Bingham, Chris Caughey, and Crawford Gribben suggest a broader and (they argue) more historically responsible definition for ‘Reformed,’ as Hart and Scott respond to their arguments.