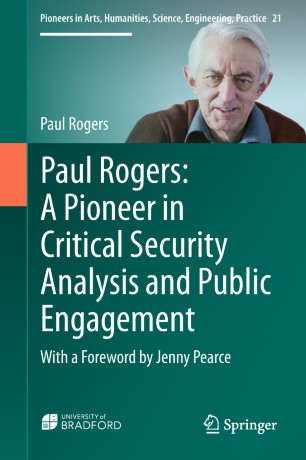 With a Foreword by Jenny Pearce

This book brings together a collection of writings over the past half century from Professor Paul Rogers.   As a leading peace researcher he has gained an international reputation for the critical, independent and rigorous analysis of international security and the underlying causes of global conflict.   His work on the responses to 9/11 and the continuing failure of the war on terror, in particular, has shown prescience that has attracted widespread attention. Moreover, he has coupled his academic analysis with a determination to communicate widely beyond the university environment.  With many thousands of radio and television interviews, hundreds of public lectures and a world-wide following for his web publishing, this extramural engagement consistently seeks to raise the level of public debate on international security issues.
-  Provides a radically different perspective on global security, based on 50 years of analysis
-  Uniquely integrates economic, environmental and security analysis into a single overview
-  Cogently demonstrates the urgent need to rethink our entire approach to global security