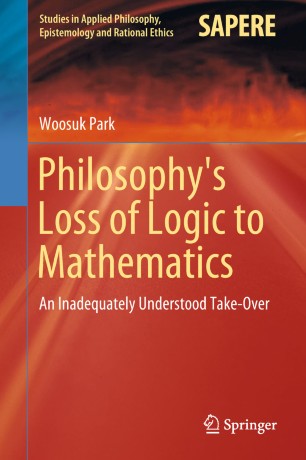 Philosophy's Loss of Logic to Mathematics

This book offers a historical explanation of important philosophical problems in logic and mathematics, which have been neglected by the official history of modern logic.  It offers extensive information on Gottlob Frege’s logic, discussing which aspects of his logic can be considered truly innovative in its revolution against the Aristotelian logic. It presents the work of Hilbert and his associates and followers with the aim of understanding the revolutionary change in the axiomatic method. Moreover, it offers useful tools to understand Tarski’s and Gödel’s work, explaining why the problems they discussed are still unsolved. Finally, the book reports on some of the most influential positions in contemporary philosophy of mathematics, i.e., Maddy’s mathematical naturalism and Shapiro’s mathematical structuralism. Last but not least, the book introduces Biancani’s Aristotelian philosophy of mathematics as this is considered important to understand current philosophical issue in the applications of mathematics. One of the main purposes of the book is to stimulate readers to reconsider the Aristotelian position, which disappeared almost completely from the scene in logic and mathematics in the early twentieth century.