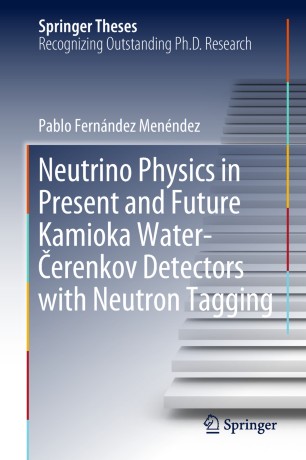 This book discusses the upgrade of the Super-Kamiokande (SK) detector, which consists in the addition of a salt of gadolinium into the detector’s water, the goal being to endow it with a very high-efficiency ability to detect neutrons: the SuperK-Gd project. This will substantially improve the scientific value of the SK detector because, among others, neutron production is related to the matter–antimatter character of the interacting neutrino. In this book the authors develop several procedures for maximizing the impact of neutron tagging in various physics analyses involving a broad range of neutrino energy. They thoroughly study the impact of new backgrounds introduced by Gd in key physics analyses, most remarkably including the search for the Diffuse Supernova Neutrino Background. At GeV energies, the neutron tagging improvements are evaluated by performing a complete neutrino oscillation sensitivity study using atmospheric and long baseline neutrinos, with a focus on the neutrino mass hierarchy and the leptonic CP violation. In order to prove the relevance of neutron tagging with the available data, the authors apply the neutron-tagging tools developed here to the 4th phase of the SK detector, which is already capable of detecting a low fraction of the neutrons produced through hydrogen-neutron captures. A global oscillation analysis of the SK’s atmospheric neutrino data is also conducted.