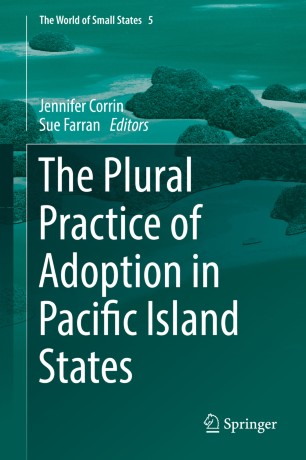 The Plural Practice of Adoption in Pacific Island States

Part of the The World of Small States book series (WSS, volume 5)

This book deals with adoption laws and practices in small island developing states in the Pacific. It commences with an introductory chapter giving an overview of relevant laws and practices and pulling together the common themes and issues raised in the book. Each of the following chapters deals with adoption law and practice in a small South Pacific country. The countries in question all have plural legal systems, with systems of adoption and its closest customary law equivalent operating side by side. In most cases, there is an insufficiently developed relationship between the two systems, which has resulted in a number of problems. Additionally, international law adds another layer of complexity. Size and remoteness in the small states under discussion have a profound impact on local practices.