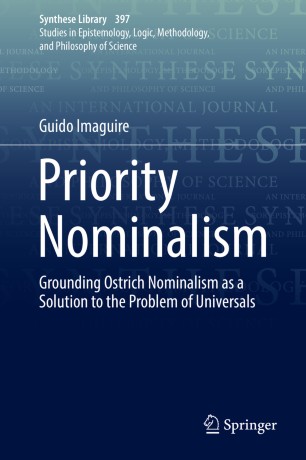 Grounding Ostrich Nominalism as a Solution to the Problem of Universals

This monograph details a new solution to an old problem of metaphysics. It presents an improved version of Ostrich Nominalism to solve the Problem of Universals. This innovative approach allows one to resolve the different formulations of the Problem, which represents an important meta-metaphysical achievement.

Some metaphysicians regard Ostrich Nominalism as a rejection of the problem rather than a proper solution to it. To counter this, the author presents solutions for each of the formulations. These include: the problem of predication, the problem of abstract reference, and the One Over Many as well as the Many Over One and the Similar but Different variants.
This book will appeal to anyone interested in contemporary metaphysics. It will also serve as an ideal resource to scholars working on the history of philosophy. Many will recognize in the solution insights resembling those of traditional philosophers, especially of the Middle Ages.