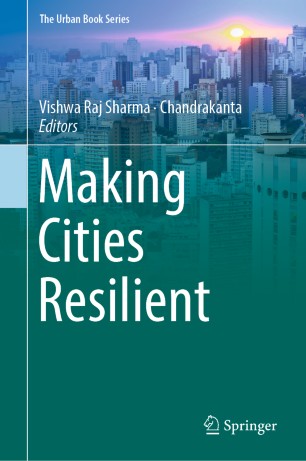 As the world has transformed, so have cities. Today, cities are home to 54 percent of the world’s population, and by the middle of this century that figure will likely rise to 66 percent. According to the United Nations (UN) Habitat I (1972), Habitat II (1996) and Habitat III (2016) summits, cities are facing many serious challenges, including growing inequality, security concerns and the worsening impacts of climate change. Uncontrolled urbanization has led to many problems (haphazard growth of areas, emergence of slums, inadequate water and power supply, poor sanitation, shortage of transport and other civic amenities, shrinking green spaces, pollution, crime, and urban disaster risks such as fire, flood, road and industrial accidents, etc.).
Worldwide, communities at the international, national and local level are continuously working to improve human habitats. In order to make our planet more sustainable, the UN has moved from the Millennium Development Goals (MDG) to the Sustainable Development Goals (SDG). Among the latter, the aim of SDG 11 is to “…make cities and human settlements inclusive, safe, resilient and sustainable.”  In light of these challenges, various terms have emerged to help understand urban issues. Visualizing the problem, the United Nations program “Making Cities Resilient” is focused on mitigating the disaster risk in urban areas.
This book analyzes terms such as: sustainable, resilient, livable, inclusive, smart and world class city, which have emerged in the process of combating urban challenges in today’s world. The book addresses emerging concepts for cities, challenges and potentials, urban environments, health and planning/policies. Covering 14 large cities in India, as well as case studies from Japan, Singapore, Thailand, Malaysia, Poland and Sweden, it provides a regional dimension to and micro-level perspective on urban issues.