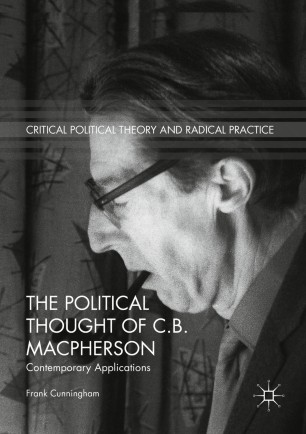 The Political Thought of C.B. Macpherson

Central to the thought of C.B. Macpherson (1911-1987) are his critique of the culture of ‘possessive individualism’ and his defence of liberal-democratic socialism. Resurgence of interest in his works is in reaction to the rise of neoliberalism and efforts to find an alternative to societies dominated by capitalist markets. Macpherson’s theories are explained and applied to 21st century challenges.