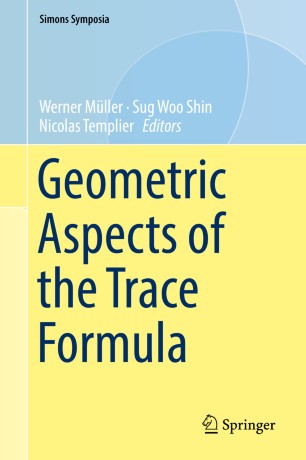 Geometric Aspects of the Trace Formula

The second of three volumes devoted to the study of the trace formula, these proceedings focus on automorphic representations of higher rank groups. Based on research presented at the 2016 Simons Symposium on Geometric Aspects of the Trace Formula that took place in Schloss Elmau, Germany, the volume contains both original research articles and articles that synthesize current knowledge and future directions in the field. The articles discuss topics such as the classification problem of representations of reductive groups, the structure of Langlands and Arthur packets, interactions with geometric representation theory, and conjectures on the global automorphic spectrum.

Suitable for both graduate students and researchers, this volume presents the latest research in the field. Readers of the first volume Families of Automorphic Forms and the Trace Formula will find this a natural continuation of the study of the trace formula.