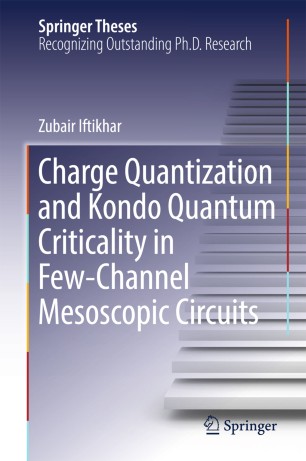 This thesis explores several fundamental topics in mesoscopic circuitries that incorporate few electronic conduction channels. The reported results establish a new state of the art in a field that has been waiting for this kind of experiments for decades.
The first experiments address the quantized character of charge in circuits. The thesis discusses the charge quantization criterion, observes the predicted charge quantization scaling, and demonstrates a crossover toward a universal behavior as temperature is increased.
In turn, the second set of experiments explores the unconventional quantum critical physics that arises in the multichannel Kondo model. At the symmetric quantum critical point, the predicted universal Kondo fixed points and scaling exponents are observed, and the full numerical renormalization group scaling curves validated. In addition, the thesis explores the crossover from quantum criticality: direct visualization of the development of a quantum phase transition, the parameter space for quantum criticality, as well as universality and scaling behaviors.